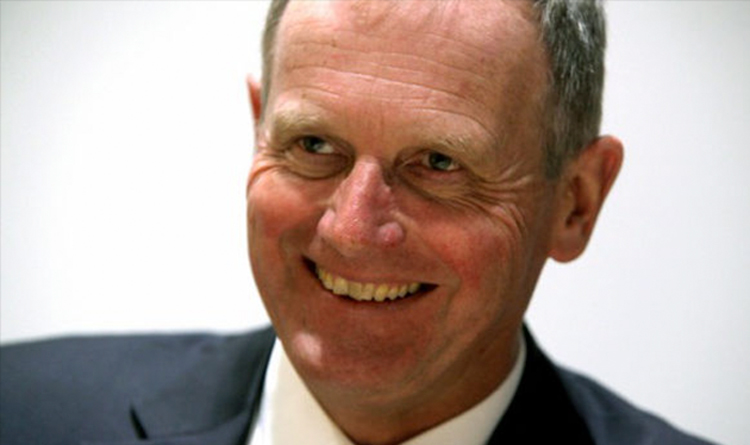 Graham Tuckwell, the Australian Rich Lister behind the world’s first gold exchange traded fund (ETF), has slammed the active funds management industry as his firm gears up for a fresh push into the Australian market.

Mr Tuckwell spoke to The Australian Financial Review as he prepares to take full control of a suite of exchange traded funds launched as a joint venture with ANZ.

The philanthropist and entrepreneur delivered a broadside to the hordes of stock pickers who underperformed their respective benchmarks and were handsomely paid for their services.

“There are a huge amount of active managers being paid 1 per cent to 1.5 per cent for matching or even underperforming the benchmark. There are the hedge funds who charge two-and-20. That’s not fair at all,” Mr Tuckwell said.

ETFs are tradeable securities that match the performance of a specific benchmark. Mr Tuckwell’s firm ETF Securities specialises in exchange traded funds which track commodity prices and are used by investors to diversify.

ETFs have been criticised by some as being opaque and for encouraging speculation. Others have said the existence of ETFs exacerbates market sell-offs like the flash crash of 2016, and therefore threaten the stability of financial markets.

“It is impossible to see how they would threaten the stability of financial markets. The only things they have threatened are the livelihoods of overpaid fund managers,” Mr Tuckwell said.

The firm operates more than 300 ETFs worldwide and has funds under management of US$22 billion ($29.4 billion). It has grown from a one-man operation to a global business with more than 100 employees in Sydney, London and New York.

ETF Securities is the sixth largest player in the Australian market with FUM of $675 million and market share of 3 per cent. Following the unwinding of the joint venture with ANZ, ETF Securities aims to double its market share within two years.

Mr Tuckwell said that the joint venture had failed to reach its full potential, noting that the bank had undergone leadership changes since the launch, which led to the bank making plans to withdraw from wealth management altogether.

“It didn’t work out the way we had hoped in terms of the asset base and the distribution base. Since we began the JV they now have a different CEO and a different head of wealth. In fact they have announced they are selling wealth.

“I always wanted to bring the original gold product into the joint venture, but ANZ weren’t very happy with that, which I thought was a mistake. We will come out with all guns blazing,” Mr Tuckwell said.

After the joint venture passed the milestone of $100 million in FUM it threw a party in Sydney on March 30. Its most recent offering, the ANZ ETFS Morningstar Global Technology ETF, which includes Apple and Facebook among its top holdings, began trading on the ASX on April 11.

A spokesperson for ANZ said that the decision to sell the stake was part of the bank’s strategy to simplify the business and focus on supporting client trade and capital flows across the region. The price of the transaction was not disclosed.

ANZ yesterday unveiled a $3.4 billion profit from the half year which slightly missed expectations. The bank confirmed that they were continuing to explore a number of options for its wealth management business including a trade sale, partial sale and potentially even an IPO.

If you would like to discuss reviewing your investment strategy or putting a plan in place then please give me a call on 0414 412 731 or email me at ian@mcdadvisory.com.au